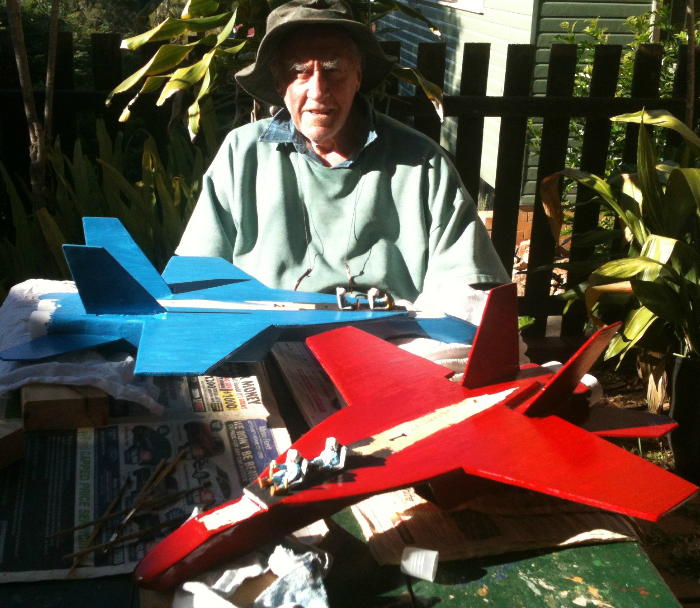 Death is inevitable – we all know that.  But if you lose a family member, or friend what you’re not prepared for is the feelings that crop up in unpredictable moments. Subtle reminders the person who was once a part of your life is now no longer. 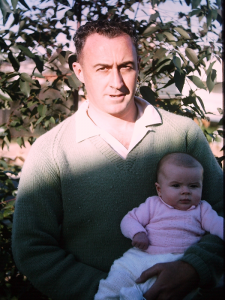 My father passed away in April this year after a few years of declining heath. It wasn’t from a debilitating disease like cancer where the loved ones suffer so unfairly. My father’s condition was never fully diagnosed, despite numerous visits to doctors and specialists. But he had a heart attack at age 41 and bowel cancer at 58 – so to make it to 82 years he’d actually done well!

Dad about 10 years ago

Unfortunately, his last few years were a constant stream of doctor’s visits with an endless number of pharmaceutical pills to swallow.  Whatever ailed my father caused him to have no energy.  The man who loved to “tinker” on projects around the house was reduced to endless hours in bed, zapped of the desire to do anything.  Without energy, finding breathing difficult due to a build-up of fluid on the lungs and with parts of his body covered in scaly red masses – possibly the result of one of his many medications – dad’s quality of life was low.

Understandably he was frustrated and cranky for a fair amount of those years. And after that kind of existence you know it is a blessing he isn’t suffering any more.

Hang on a sec

But there are moments that stop you when you realise that person is no longer here on this earth. I can no longer talk to dad, hear his grumbles, be told another of his grand stories (he had a few) or sit in the same room as him and look into his brown eyes and update him with something uneventful.

After dad died, my brother, mum and I went through that inevitable process – sorting through his belongings. We smiled at the amount of beige coloured clothing items we removed from his wardrobe. Trousers, shirts, even an old hat – all various shades of boring beige.  What a drab colour I thought – for a man who was far from dull.

At mum and dad’s home there are reminders everywhere of my father. But whenever I venture downstairs – to the garage underneath their house and go to his work bench, where his tools are stored, that is where it really strikes me – my dad has gone.

Looking at the piles of tools he’s used over the years, the shovels, grubbers, the saws hanging on the wall, the clean paint brushes standing upright, the assorted glass jars lining in rows their lids nailed to the floor joists (my Dad’s novel way of storing screws) – I’m surrounded by so many memories of my father. He’d often be at his work bench tinkering – fixing, recycling or creating some project.

I pick up what appears to be the last project he’d been working on, the realisation hits me hard. My eyes well with tears at the thought my dad will never touch these things again. He’s now tinkering in a different place.

Gone but never forgotten – my tinkering, story-telling, fan of beige-coloured clothing Dad. It’s father’s day today in Australia. I felt I had to write something.

Dad and I – on holidays (some time ago!)