Two of Us Mary Li Cunxin and Sophie Li Cunxin 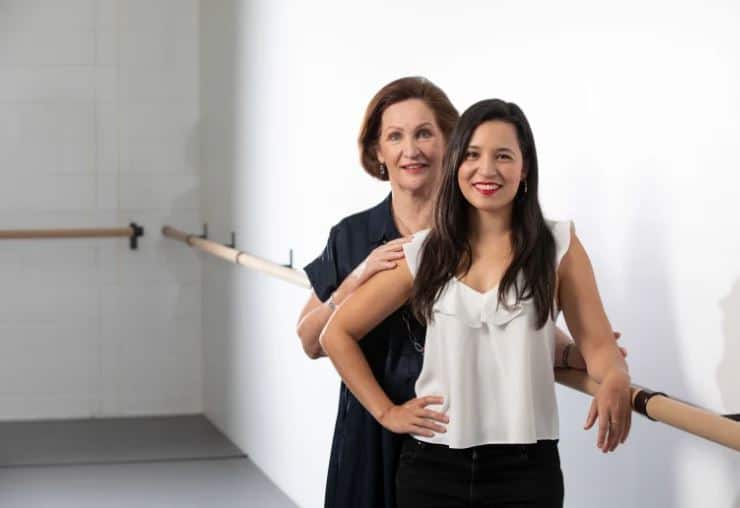 MARY: In 1989 I was living in Houston, Texas with my husband, Li [Cunxin, now artistic director of the Queensland Ballet]. We were both dancing for the Houston Ballet when I fell pregnant with Sophie. I stopped dancing after about three months. I remember during labour thinking my ballet injuries were nothing compared to contractions!

I was gobsmacked when Ben Stevenson, the Houston Ballet’s artistic director, offered me my job back after Sophie was born. Back then [1989] dancers were not usually asked to return after having a baby. With the help of Li’s parents, Niang and Dia, who came over from China to mind Sophie, I worked on getting fit and back on stage. In December, five months after Sophie’s birth, our family flew to Hong Kong where Li and I danced the Nutcracker with the Hong Kong Ballet.

At 16 months, apart from not talking much, Sophie was meeting all the milestones. But one afternoon, Li came to me worried. While out together, a balloon Sophie had grabbed at a birthday party burst, and Li noticed the other kids in the room were startled – but not Sophie. I couldn’t imagine anything was wrong with my perfect, calm and happy baby girl. We organised a test that measures responses to sound by looking at brain activity. Li and I waited nervously for the results. The doctor walked in and without any preamble blurted out, “Your daughter is profoundly deaf.” We were shocked. I felt my world collapse as I realised Sophie had never heard me. I organised an appointment with the Houston School for Deaf Children, where we were told our future would be filled with challenges. Because I wanted desperately to hear my daughter’s voice and for her to be able to speak to me, I gave dancing away and dedicated myself to Sophie.

Sophie had a cochlear implant at age four and our lives became even busier, with speech therapy lessons and structured activities. We were both exhausted by the end of the week. There was no time to just be her mother.

SOPHIE: I have happy early childhood memories of growing up in Houston. There were also times when I felt frustrated, because communicating wasn’t easy. The dancers’ lounge at Houston Ballet became my second home. I don’t recall Mum dancing but I’d see Dad, drenched in sweat, performing on stage.

I was four when my cochlear implant was fitted [October 1993.] The next phase of my life was filled with endless speech therapy sessions; the constant corrections, being told, “No that’s not really right, say it again,” were tough going. After a session, I’d want to go home to relax but Mum would insist on doing more speech therapy at home, leaving me tired and cranky.

Through dance, Mum learned that if you want something you must work hard for it. She applied the same principles to speech therapy. No matter if I was sick, tired or sad, there was no escaping speech therapy. She was a real ‘Tiger’ Mum. But  In between those therapy sessions, she’d often treat me to beautiful outings – just the two of us. She would take me to the movies, to musicals, theatre and ballet. Even though I wasn’t always interested, Mum believed I had to experience everything to understand language. She knew the world had much to offer, regardless of whether you were deaf or not.